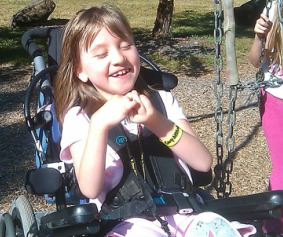 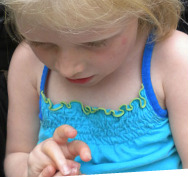 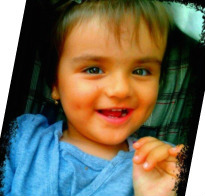 Mutations in a gene called MECP2 (methyl-CpG-binding protein 2) were identified as the cause of Rett Syndrome in 1999, in the laboratory of Huda Zoghbi, M.D. at Baylor College of Medicine. First discovered by Adrian Bird, Ph.D., in 1990, MECP2 produces a multi-functional protein, also called MeCP2, which regulates the activity of a host of other genes crucial to normal development.

With rare exceptions, Rett Syndrome is sporadic, rather than an inherited disorder that is passed on from one generation to the next. In most cases, the damaged copy of MECP2 can be traced to the paternal allele, the result of a random sperm mutation. The incidence of recurrence in a family is less than 1%.

While Rett Syndrome remains a clinical diagnosis, the identification of MECP2 has made DNA testing and confirmation possible for affected individuals and their families. To date, approximately 95% of girls exhibiting Rett symptoms have one of the over 200 currently identified MECP2 mutations. Attempts to correlate specific mutations to symptoms have been challenging. Though a positive DNA test result yields a quick, definitive answer for concerned parents and physicians, it also predicts the inevitable, tragic clinical course for which treatments and cures are urgently needed.

The incidence of Rett Syndrome is estimated at 1 in 10,000 females; in the United States approximately 16,000 children and women affected (similar numbers to ALS, Huntington’s, and Cystic Fibrosis). Rett Syndrome is classified as a “rare disease” (by definition, less than 200,000 affected individuals in the US) by the Office of Rare Diseases of the National Institutes of Health. This designation qualifies the condition for orphan drug status with favorable tax deductions and marketing exclusivity on a drug for an extended time period.

Improvements in the diagnosis of Rett Syndrome have, as yet, no parallels in treatment. Medicine can offer only supportive measures: feeding tubes, orthopedic braces and surgeries, and trials of standard seizure medications which are often ineffective in Rett Syndrome.